So I’ve never cooked rabbit myself before but after having the most delicious version of this meal at the Lord Nelson Hotel at the Rocks, which incidentally my great grandfather was the publican of, I decided to give it a go and it was possibly the most delicious smelling meal I think I’ve ever cooked. My taller half and I hovered around the kitchen like flies soaking up the aroma until it was time to eat.

I more or less followed this recipe with the exception of a couple of things. I bought a whole rabbit, cut it into three pieces myself then cooked it on the bone until just before serving where I removed the bones, shredded the meat off then returned the meat to the sauce for serving. Instead of using tinned tomatoes I used a bottle of passata which I noted from another recipe I saw. Instead of pancetta I had some smoked speck left over from bacon that we made and you can’t go wrong with smoked speck. I’ll definitely be making this again. The house smelled fabulous on a wintery Sunday afternoon. 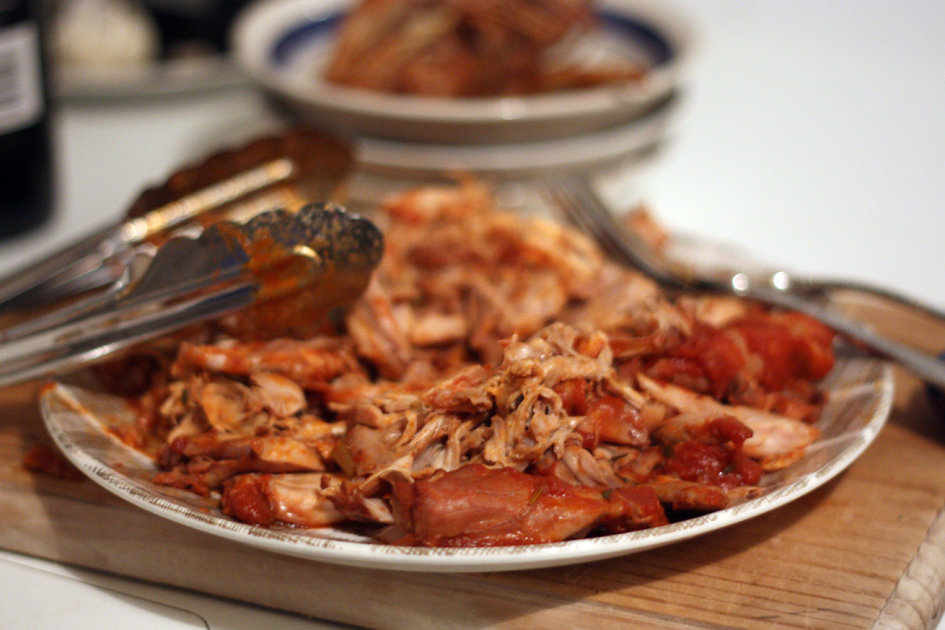 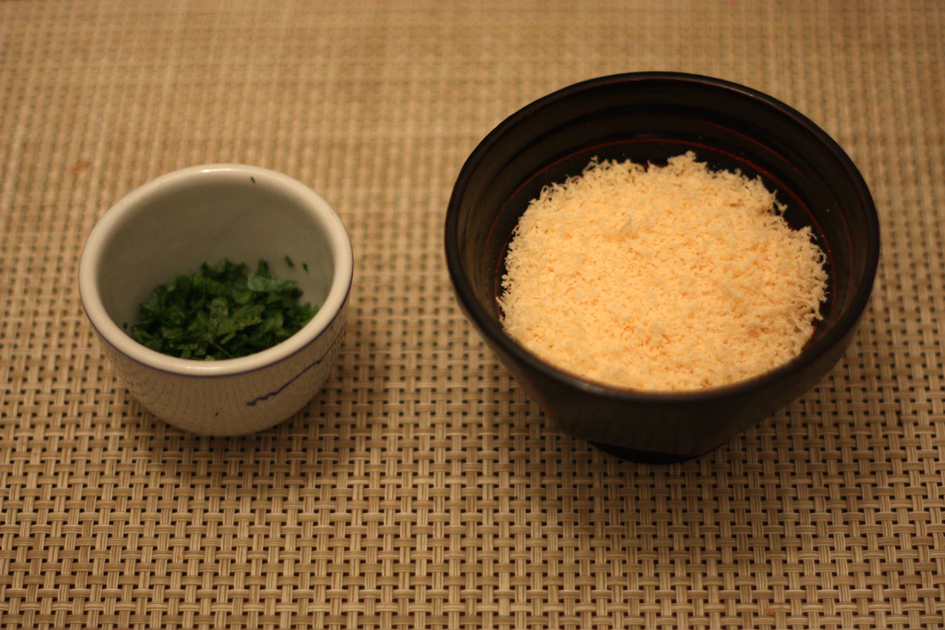 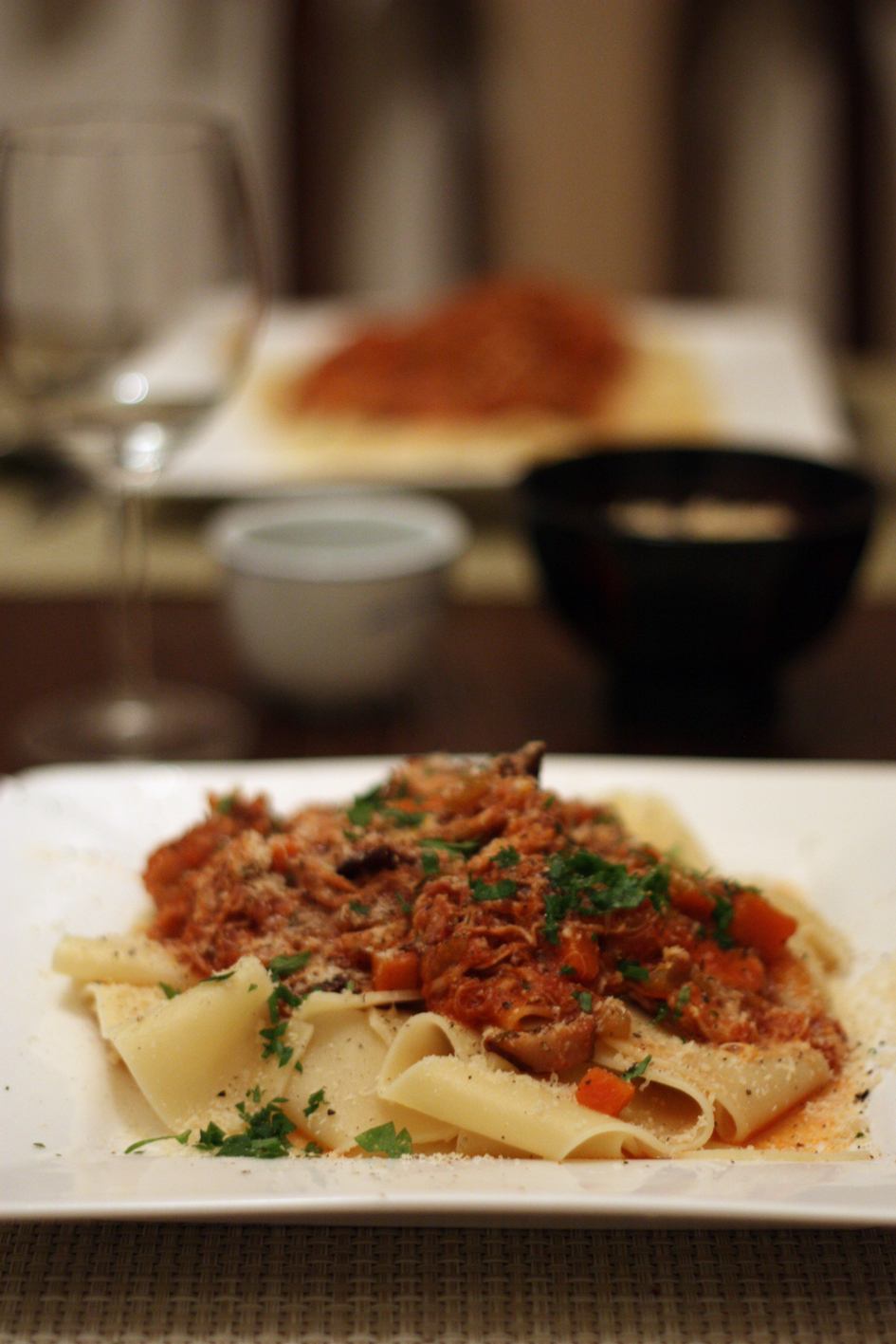