I think my favourite taco that I tried in ‘Mexico’s best taqueria’ was a mushroom and zucchini taco. The juicy mushrooms were something else. This recipe made enough for 6 tacos which would feed two.

Slice zucchini into thin strips, sprinkle with oregano and olive oil and bake in a pan with one spanish onion thickly sliced for about half an hour on about 200º.

Put whole small mushrooms in another baking tray with olive oil, oregano and half a cup of water and bake for half an hour also. Zucchini/onion may be ready before the mushrooms.

Mix together in a bowl.

While this is baking finely dice two small tomatoes, half a spanish onion and about half a long red pepper and pop in a bowl in the fridge with the juice of 1 lime.

Top with grated good quality white mozzeralla and some spicey sauce of your choice. 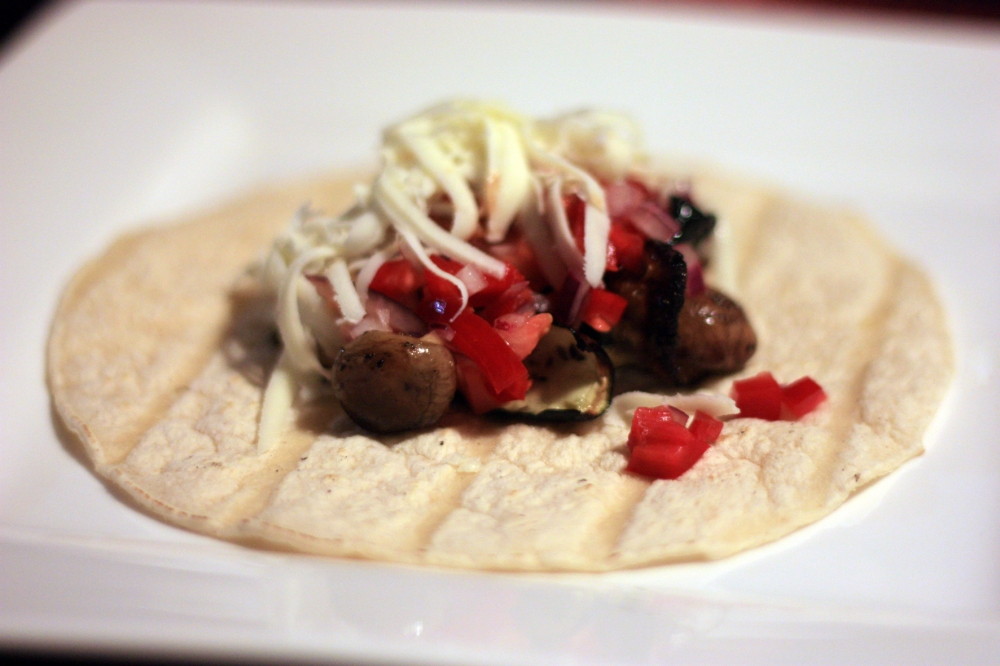